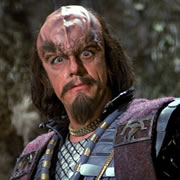 “The basic specifications for United States aircraft now flying in combat areas were laid down five years or more ago, an indication of the slow process of aeronautical design in peacetime. (…) [At the same time] Germany had a definite plan for employment of its aircraft then under test. So did Japan. So, for different reasons, did the designers in England. A striking proof of their conviction is the Spitfire – a splendid fighter, admirable in all respects for the defense of France and, as it later proved, of England itself.”
US Office of War Information, 1942

The Spitfire was one of only a few foreign aircraft to see service with the USAAF, equipping four groups in England and the Mediterranean. Spitfires were briefly flown by the US Navy after the Normandy landings to support cruisers and battleships bombarding land targets